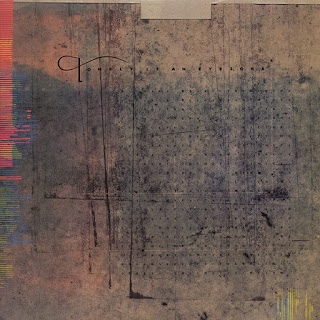 [Hot Doggie!] -- I don't know if it's the weather, the thought of going back to school (which is where I first heard the tune), or something else, but "Hot Doggie" has been popping up in my mind for a while now. So, I'm going to share it with you as a very special Flashback. Colourbox was an English electronic music outfit active from about 1982 through 1987. They were on the 4AD label, the home of more etheric, gothic, dream pop acts like Dead Can Dance and This Mortal Coil. But Colourbox was nothing like their labelmates. Their more popular tracks were mishmashes of pop, rock, and other genres with soundbites from film and TV.

Case in point, the aforementioned "Hot Doggie." It seems to be a simple track of (synthesized?) guitar, bass, and drums, with dialog from The Evil Dead (1981), Two Thousand Maniacs! (1964), The Last Starfighter (1984), Death Wish 3 (1985), and Lifeforce (1985) sprinkled throughout. It's the lead track off the 1987 compilation record, or is it a concept album, Lonely Is An Eyesore (the album cover shown at the top of this post). And as I previously mentioned Colourbox being quite different from the rest of the 4AD bands, this record really nails that difference. After the upbeat intro of "Hot Doggie!," the rest of the record, though brilliant, feels like a bit of a muddy slog. For me, the best way to enjoy the atmospheric brilliance of Lonely Is An Eyesore is by skipping "Hot Doggie!" And the best way to enjoy "Hot Doggie!" is all by its lonesome. So that's the one and only embedded track this week. Let's hear some music!