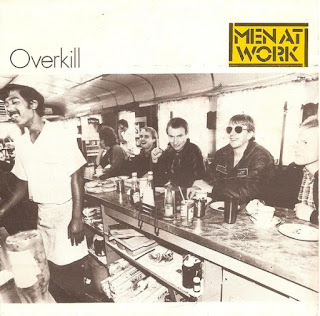 [Overkill] -- I came across Men At Work twice within the last week. Once in a TV show, and once again in my newsfeed. I figure that's good enough to make them the subject of this week's Flashback. Most people might recall their 1983 single, "Overkill." I would wager that many might think it was the only single from Men At Work's sophomore effort, Cargo (1983). Those folks would, however, be in error. "Overkill" was the second of four singles from that album. But it was the most successful of the four, being an international top 10 hit in Canada, Ireland, Norway, and the US Billboard Hot 100. In 2003, Men At Work vocalist, Colin Hay, released a solo album that featured an acoustic version of "Overkill." That acoustic version had also been featured on the NBC series, Scrubs. And this week, Sonic More Music posted Colin Hays' isolated vocals from the original recording of "Overkill." I hope you enjoy all three versions, which you'll find just after the jump.