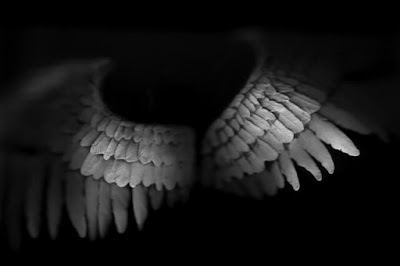 [Lucifer] -- I'm heading to LA today. The wife and I have tickets for A Salute to Lucifer, a convention for Lucifans. Now, across its four seasons, Lucifer, has been known for showcasing some excellent music. Check out the songlists here or here. But for the most part, there has been very little from the 80s featured on the show. So, I'm here to correct that oversight by offering up a few devilish tunes from our favorite decade. I tried to find songs that could still make sense if actually played during an episode. And that meant ruling out quite a few, shall we say, of the more metallic variety of songs. Still, I think I have a few overlooked gems for you, and one super popular song that I'm sure you've already guessed. Wondering if you've guessed correctly? Well, read and hear more after the jump! (And don't worry; Lucifer has been on Earth, so you're not jumping into Hell. Not yet anyway.)

Flashback #1: "Up jumped the Devil and he staked his claim."

Our first Flashback is from Nick Cave and the Bad Seeds. "Up Jumped the Devil" was the second track off the band's fifth studio album, Tender Prey (1988). It was never a single, but it does get a bit of radio play on stations that know better, if you get my meaning.

Flashback #2: "On this the hottest day for ages."

"Lucifer Over Lancashire" was the B-side for the Fall's September 1986 single, "Mr. Pharmacist" (which appears on Bend Sinister). "Lucifer Over Lancashire" also appears on The Fall's Beggars Banquet video compilation VHS8489. Check out Tim Riley's comments on the uploaded video for some background on how and why this particular video got made. And although this song was never a single, it is just bouncy and edgy enough to almost qualify as something that Lux patrons might be dancing to when Lucifer is in a good mood.

Flashback #3: "Me and The Devil are walkin' side by side."

"Me and the Devil Blues" was originally written and recorded by seminal bluesman Robert Johnson in 1938. Now, considering the legend that Mr. Johnson made a deal with the Devil, and making deals (or granting favors) is a key characteristic of the television Lucifer, having a Robert Johnson song here makes perfect sense. The trick is finding an 80s artist who covered Johnson, and did so sincerely. Enter the Cowboy Junkies, who recorded "Me and the Devil Blues" for their debut album, Whites Off Earth Now!! (1986). (They even covered "Crossroads"! But, I didn't want to get too on the noise with a Johnson cover.) "Me and the Devil Blues" was one eight rock and blues covers on this nine track album. And although the band had to distribute it themselves, they sold four thousand copies and managed to attain something of a ... cult ... status.

Bonus Flashback: "Every single one of us | The devil inside."

I know, I know. You've been waiting for this song as soon as you read this weekend's theme, right? Well, here it is! "Devil Inside" hit charts in February 1988. It was the 2nd single released off Kick, the sixth studio album from Australian hitmakers INXS. Kick has been certified multiplatinum, and "Devil Inside" probably contributed mightily to the album's sales efforts. It was the band's most successful single, peaking at #2 on both the U.S. Billboard Hot 100 and the U.S. Billboard Album Rock Tracks. It also hit the top 40, and in some cases top 20, of charts all over the world. "Devil Inside" is one of INXS's best known songs, and I cannot think of an 80s tune better suited to the the overall vibe of Lucifer, both the character in specific and the show in general.