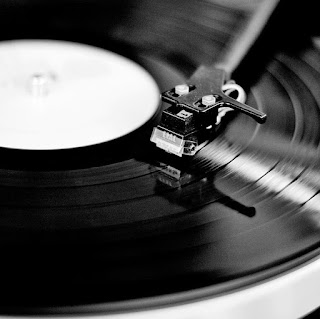 [Three Day Weekend] -- When in the Course of human events, the Fourth of July lands on a Friday or Saturday, and many of us in the States are given a three-day weekend. This is done to celebrate a unique event: when 13 scrappy, English colonies engaged in an act of civil disobedience. Well, it was actually an act of treason. And it was committed by writing a sternly worded letter to King George III, who wouldn't receive his copy until August 30, 1776. (And, no, you cannot blame that delay on the USPS). Now, I don't know what the Founding Fathers would make of this week's playlist. But there will be plenty of serious fare discussing the events of 1776 on the web, radio, and television. So on the Flashback, we're gong to cut loose and have some fun. If you're ready to celebrate with me in 80s music style, then read and hear more after the break.

Our first flashback of this Fourth of July weekend comes from the Godfather of Soul, James Brown. This tune was released in 1985 and reached #4 on the Billboard Hot 100 chart. It also peaked at #5 on the UK Singles Chart, making it this artist's only top 10 single in the UK. Why so popular? Well, that was likely due to a little film called Rocky IV. This was the song played before Apollo Creed enters the ring in all his star-spangled glory, only to fall before the might of the robo-Russian, Ivan "I must break you" Drago. Let's kick off the weekend with "Living in America"!

Flashback #2: "Profiles are low - as soon as we go | As a breeze straight from a deeper shade of soul."

Urban Dance Squad's lone US hit is our second Flashback this week. "Deeper Shade of Soul" samples the 1968 Ray Barretto song, "A Deeper Shade of Soul." A song this smooth should have been a massive summer hit. And it did spend nearly 20 weeks on the Billboard Hot 100, peaking at #21. However, its failure to crack the top 10, or even achieve more than cult status, is practically criminal in my opinion.

"It's Raining Men," our final Flashback this weekend, was the lead single off the Weather Girls' third studio album, Success (1983). It peaked at #1 on the US Billboard Hot Dance Club Play chart, as well as #46 and #34 on the US Billboard Hot 100 and the US Billboard Hot R&B/Hip-Hop Singles charts respectively. Even today, its mix of a Hi-NRG, post-disco, R&B, soul, and electronic dance music is infectious. The low-budget and cheesy music video epitomizes the 1980s esthetic of so-bad-it's-good, especially with the bad green screen effects. Unfortunately, that wasn't planned; that was just the result of limited label support. Still, the legacy of "It's Raining Men" is secure: As recently as 2017, Paste Magazine ranked the song at #12 in their list of the 60 Best Dancefloor Classics.