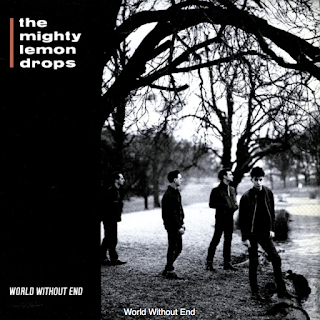 [Lemony Goodness] -- In 1988, The Mighty Lemon Drops released their second studio album, World Without End. This record yielded only one single, "Inside Out," which peaked at #74 on the UK Singles Chart. Still, that one jangly single was as catchy as anything else released that same year. And World Without End, as a whole, is a damn fine example of British post-punk ... with just a hint of late-'60s psychedelia for good measure. And while I can't be certain of this, I do have a feeling that the music video for "Inside Out" is the band's jab at being labeled part of the shoegazing genre. Check out my three selections from this record after the jump!

Flashback #2: "There she goes again that girl | Ready for the sun to rise."

Flashback #3: "Keep your distance | No cause for alarm | Scream in silence | Desperate in your calm."