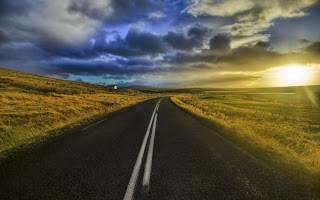 [Goodbye Dad, The Five-Years-Later Edition] -- Welcome to the five year anniversary of my Father's passing, 5/3/2013 to 5/3/2018. I did write a short reflection here, so I won't deviate too much from the usual structure of a Flashback post. Now, five years ago, 5/3/2013 fell on a Friday. And on that afternoon, I chose songs in light of my loss. There had been no Flashback post for the previous Friday, 4/26/2013. Instead, I had rushed to my Dad's bedside because his condition had worsened and the prevailing wisdom was that he was close to leaving us. Although he did improve slightly, it was not enough to merit a celebration. It was, I wrote at the time, simply a postponement of the grief to come.

Over the course of that week five years ago, Dad's condition continued to decline. He had an unidentifiable (yet treatable) infection, and fluid continued to build up around and in his lung. On top of that, his liver was failing. It turned out that the most probable diagnosis was that he was rejecting the transplant (bone marrow and stem cells) from 2010. Or, more technically accurate, the transplant was rejecting him. And, so, we opted to take him off the ventilator, suspend all treatment except pain management, and let him go. He finally did so in the early hours of Friday morning (3:07am, the time this post goes live).

Like I said at the outset of this post, I wrote a Flashback post that afternoon. I picked three songs to work through what I felt we all needed to work through. And if you've made it this far, and care to join me in revisiting those songs, you can read and hear more after the break.

Flashback #1: "My body bruised, she's got me with | Nothing to win and | Nothing left to lose."

First up, we have U2's "With or Without You" from their 1987 album, The Joshua Tree. It is one of the band's most recognizable songs. It can be interpreted either as a love song or about spiritual need. Or, perhaps, surrendering to love or spiritual faith. Therefore, I dedicate it to both my mother and my father.

OK. It's another U2 song, and it's not even from the 80s. However, "Sometimes You Can't Make it on Your Own" from 2004's How to Dismantle an Atomic Bomb is simply perfect for today.

Flashback #3: "It's hard living life on this memory-go-round."

Sure, you might laugh that I'm ending this Flashback with a song by Night Ranger, but is there any better line about losing a loved one than "memory-go-round"? Well, there might be, but I can't think of it right now. "Goodbye" can be found on 7 Wishes (1985).