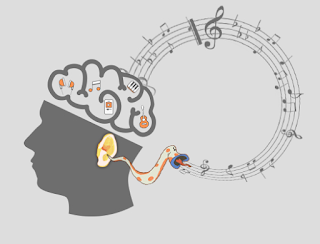 [Earworms] -- I recently read the Quartz Obsession article about earworms. You know what an earworm is, right? It's a song that gets stuck in your head because it has a hook or a lyric that is particularly catchy, and it just plays over and over and over. There's even a scientific name for the phenomenon: Involuntary Musical Imagery (INMI). Well, that got me thinking about my favorite 80s earworms. Not necessarily the annoying ones ... the ones I actually enjoy having stuck in my head, at least for a little while. If you want to know what a few of those songs are for me, you can read and hear more after the jump. And I hope you'll share a few of your earworms in the comments or via Twitter.

Yeah, I'm coming at you with both barrels right out of the gate. I know for a fact that many people regard "Come on Eileen" by Dexy's Midnight Runners as being among the more annoying of earworms. In fact, I know folks who have outright hate for the tune. (If you're one of them, just skip this entry and go straight to the second one.) But enough people loved it in 1982 that it stormed right up both the UK and US record charts. It also forever cemented Dexy's Midnight Runners as a one-hit wonder. But, oh, what a hit it was. And what staying power it still has. I don't know about you, but it doesn't even have to be the lyrics that get stuck in my head (the few that I actually remember). It can be just those seven seconds of the song's violin hook that get stuck on repeat for me.

Flashback #2: "I used to think maybe you loved me, now I know that it's true."

Our second earworm is Katrina and the Waves' "Walking on Sunshine," the second single off their eponymous major label debut (which I still own in vinyl). Katrina and the Waves (1985) was actually their third full-length album, and the released single was a re-recorded version of the song that was originally written and recorded for their 1983 debut. After 30+ years of this song, I'm still not certain what exactly makes it an earworm for me. It could be the guitar hook, the drums track, the chorus, or just the song's general overbearing positivity. Oh, who am I kidding? It's all of that and more!

Flashback #3: "You put the boom boom into my heart."

British duo Wham! first released "Wake Me Up Before You Go-Go" as a single in the UK on May 14, 1984 (34 years ago this week!). It shot straight to the #1 spot on the UK Singles chart in just seven days. Shortly thereafter, it also topped the US Billboard Hot 100, making it the duo's first UK and US number one hit. And it has been an earworm ever since. All I need is that opening "Do the Jitterbug," and this song can be a close companion for a day or three.