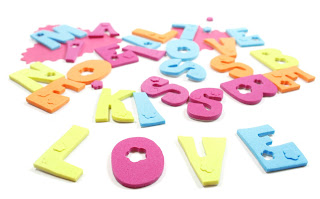 [Love] -- It's not often that February 9th falls on a Friday. It's not all that rare either: It happens, on average, every five or so years. So, I'm taking advantage of this particular occurrence to celebrate my wedding anniversary. You see, it was 18 years ago this very day, with snow on the ground and a slight chill in the air, that I exchanged wedding vows and rings with a woman I had met five years prior at an X-Files viewing party. Yes, even though I met her well after the 80s, I am still inclined to mark this occasion, our 18th wedding anniversary, in songs of the 80s. Specifically, love songs of the 80s. Now, there was no shortage of such songs, but I can select only three for this Flashback post. What tunes made the cut? Will they be sweet or sassy? Read and hear more after the break.

Flashback #1: "Whenever I'm alone with you | You make me feel like I am home again."

"Lovesong" was the third single from The Cure's eighth studio album, Disintegration (1989). I like to think that someone issued a challenge by claiming that Robert Smith, lead singer and primary songwriter for The Cure, couldn't write a love song if his life depended on it. So, in typical Robert Smith fashion, he wrote a ... "Lovesong" (sometimes listed as "Love Song"). That is in no way true, but it's still part of my head canon for this band.

Flashback #2: "I saw your eyes | And they touched my mind | Although it took a while | I was falling in love."

It's hard to imagine a more 80s love song than "Space Age Love Song" by A Flock of Seagulls. Digital beats, dreamy synths, and atmospheric vocals all punctuated with the woefully under-appreciated (in my opinion) guitar stylings of Paul Reynolds. "Space Age Love Song" was the fourth single off A Flock of Seagulls' eponymous 1982 debut album. This single peaked at #30 on the US Billboard Hot 100, and it helped propel the album to #10 on the US Billboard 200. I still have my 45rpm copy of the single, which is pretty similar to the live video below. However,  to get a true appreciation for the song, revisit the 12" mix.

Flashback #3: "It's strong and it's sudden and it's cruel sometimes | But it might just save your life | That's the power of love."

Appearing on both Back to the Future: Music from the Motion Picture Soundtrack (1985) and Fore! (1986), "The Power of Love" was powerfully successful for Huey Lewis and the News. In fact, it gave the band their first #1 hit on the Billboard Hot 100. It was also their second #1 hit on the U.S. Top Rock Tracks chart. And it scored within the top 25 in charts around the world.  It was written for, and featured in, the 1985 film, Back to the Future. It's probably a tad more commercial and mainstream than my other two offerings this week, but I don't care. I love Back to the Future, and I do believe the power of love has helped keep my marriage going for 18 years (and the relationship for 20+ years). I've skipped the 2:00 intro for the embedded video, but you can go see it in all its Back to the Future glory here.