Three of My Fave Comic Series of 2017 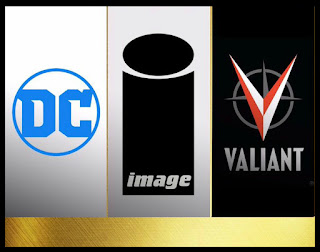 Over in a comic-loving Facebook group, we were presented with the question, "What are your top 3 favorite series of 2017 and why?" Now, I read over 80 different series released during 2017. Not all of them started and ended in this past year, but many of them did. And I enjoyed so many of them that I am hard pressed to pick three favorites. Still, I did whittle down the list to select three of my fave titles. So, in no particular order, I give you three comic book series that wowed me in 2017:


MISTER MIRACLE (DC) -- This is the most human of all the stories to feature Kirby's New Gods to date. And the visuals are spectacular. Tom King and Mitch Gerads are working on something seriously special here. 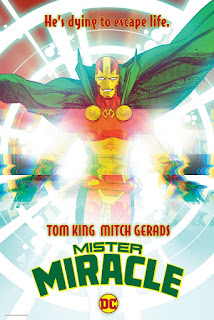 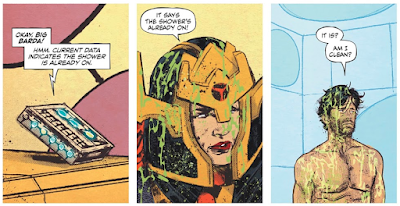 GOD COUNTRY (Image) -- I came for the concept (an old widower's mind is restored by Valofax, sword of the gods), but I stayed for the all-too-human story of a man and his family. Perhaps I'm too connected to it, what with the loss of my father in 2013, and the more recent death of my mother (who was beginning to go down the Alzheimers/Dementia road that her own mother traversed). Whatever the case, this book reached in and squeezed my heart like no other has done in a long while. 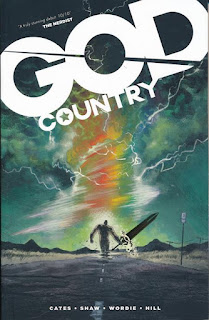 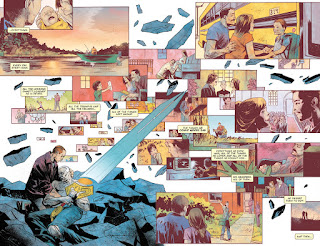 SECRET WEAPONS (Valiant) -- I loved the combination of an established and powerful female character (Livewire) taking on a protective/leadership role of a group of "weaker" psiots. And how those four who had been considered inferior or even liabilities were able to stand up for each other. 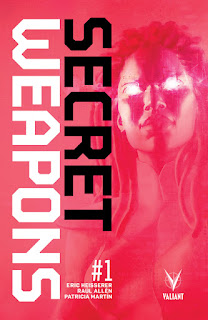 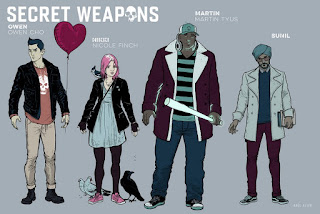