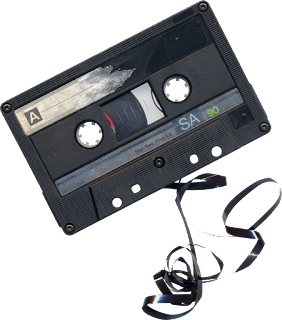 [After SDCC 2016] -- Last week, we were at the San Diego International Comic-Con. And that weekend's Flashback post featured tune selections by my fellow SDCC bloggers/tweeps. Well, I have a few suggestions left over, so I figured I'd use them for this week's post. Why? Because in addition to TV shows, movies, and comic books, I also nerd out about 80s music. But you knew that already, didn't you? That's why you come here (all two or three of you; I lost count).

So here, with some help, is my second SDCC Mix Tape. Read and hear more after the break!

Flashback #1: "Loving would be easy if your colors were like my dream."

First up, @Shortboxed expressed his love for the Club of Culture. I mean, Culture Club! And his suggestion? "Karma Chameleon," a global hit in late 1983 and early 1984: 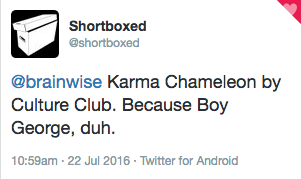 "Karma Chameleon" was the second single released off Colour by Numbers (1983), their sophomore and most successful album. It was their only single to reach #1 on the US Billboard Hot 100. But I remember it most as the finale for the A-Team episode, "Cowboy George" (1986).

Flashback #2: "Listen up everybody if you want to take a chance | Just get on the floor and do the New Kids' dance."

Next we have @MissTeJota's selection of "Hangin' Tough." 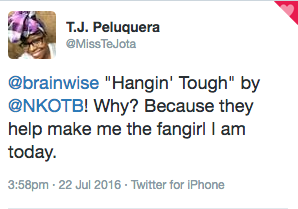 This is the first -- and probably the last -- time that New Kids on the Block appears on the Flashback. They're just not my jam. But I turned over the selections, and TJ digs NKOTB, and we don't bash what other people love on the Flashback. We celebrate our differences. Anyway, "Hangin' Tough" was the second single and title track off their fourth record. It reached the #1 slot on the US Billboard Hot 100 in September of 1989 and it would spend a total of 17 weeks on the chart. It was also popular overseas, and it was the UK's first #1 hit of the 90s. Not that we care about the 90s here, but I am reporting the facts. And the fact is, this band sold a boat load of records. Now, let's watch them dance!

Flashback #3: "Just a little bit of the magic | Pulls me through."

I'm rounding out today's playlist with my own selection. And I'm dedicating it to all my fellow SDCC attendees. Our final Flashback song is "Magic" by the Cars.


[Note: There is no screenshot here because
I did not tweet this song last week.]

"Magic" was released on the Cars' 1984 album, Heartbeat City. It reached #12 on the US Billboard Hot 100 and #1 on the Billboard Top Tracks chart. The music video features lead singer, Ric Ocasek, walking on water during a pool party attended by ... well ... the closest thing I could find to an SDCC crowd in the mid-80s. Now, why am I dedicating this song to my Comic Con tweeps? Because, SDCC is magical and, like the song says, it's magic when I get to be around my nerdy peeps.


Once again, I remind you that the rule of three applies when doing Flashbacks. As I've made my and my colleagues' three offerings, that's all till next week. Dedicated 80s-philes can find more flashbacks in the archives. As always, your comments are welcome on today's, or any other, flashback post. And if you like what I'm doing here, please share the link with your friends. If, however, you don't like the flashback, feel free to share it with your enemies.