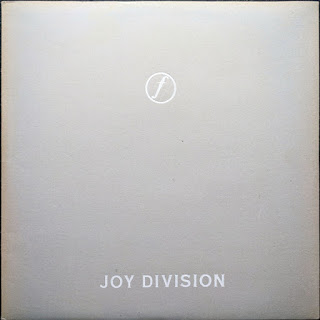 [Still 1981] -- Still was released on 10/8/1981, 39 years ago this week, but it was originally intended for an August 1981 release (that's why "1/8/81" appears on the center labels). This double album compilation is considered something of a posthumous release -- the 1980 suicide of Joy Division's lead singer, Ian Curtis, led to the band's dissolution (three of the remaining members would go on to form New Order).
Discogs and Wikipedia each have a good listing of the tracks and their source, indicating what was previously released, or unreleased, and which tracks were from a live recording of Joy Division's last concert at Birmingham University (the entirety of sides C and D). Upon release, Still reached #5 on the UK album chart. The compilation was remastered and re-released in 2007 with a 14-track bonus disc. You can enjoy all 21 tracks of the entire original playlist, in order, via this YouTube playlist. If you just want a sampler, I've made three selections and you can read and hear more after the jump.

Flashback #1: "Nothing will hold | Nothing will fit | Into the cold."
"Ice Age" was recorded late in 1979 at Cargo Studios during sessions for the "Licht und Blindheit" ("Light and Blindness") single, a France-only limited edition single.
Flashback #2: "Yeah, the only mistake was that you ran away."
"The Only Mistake" was recorded in April 1979 at Strawberry Studios.
Flashback #3: "Heaven knows, it's got to be this time."
"Ceremony" was recorded during Joy Division's concert at Birmingham University on 5/2/1980. This video was made by a YouTuber editing footage they had recorded off their television from Joy Division movies. I think Ian Curtis might have approved, but what do I really know?
Because the rule of three applies when doing Flashbacks, that's all till next week. Dedicated 80s-philes can find more flashbacks in the Prophet or Madman archives or via Bookended's 80s Flashback tag. As always, your comments are welcome on today's, or any other, flashback post. And if you like what I'm doing here, please share the link with your friends. If, however, you don't like the flashback, feel free to share it with your enemies.
I'll see you in seven!
Posted by Brainwise at 10/09/2020 09:35:00 AM