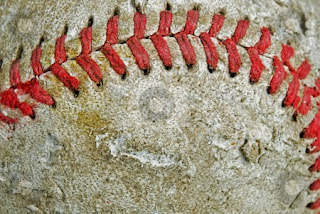 [Into the Fall  - Redux] -- With the latest autumnal equinox rapidly coming upon us, and while we're still in the midst of a pandemic, I looked to my previous Flashback posts. I wanted to remember what other falls -- the season, not the collapse of our civilization -- looked like. And I found one in my 9/20/2013 Flashback which originally appeared over at Prophet or Madman. I'll share the whole thing here, and it looks like I need to make only one edit to account for the passage of the last seven years. See if you notice the change (hint -- it's not the remarks about football and baseball, which seem remarkably quaint today).
~~~~~
I don't know about you, but I find September to me a month of contradictions. Football has started, but baseball has yet to yield the spotlight. The days are warm, but the nights become cool. Speaking of days, as summer vacations give way to what students perceive as long, tedious school days, the days are actually becoming shorter in length. I have a nostalgic hankering for pumpkin spice (lattes), but that particular treat hasn't even been around for 20 years. And, finally, I have this strange urge to hurry and complete even while the world around me is getting ready to slow down and sleep (Autumn Equinox this weekend).
Seems like a good time to do a Flashback featuring The Outfield.
The Outfield is a power-pop band that was founded in the early 80s, and they, too, are somewhat contradictory: They are from the UK, yet they took their name from part of the playing field for America's pastime (note: they started out as The Baseball Boys). They had huge hits in the US, but they couldn't quite win commercial success in their homeland. Two band members had the look of new romance while the other two looked a bit more glam. And, finally, they continue to perform and record (their last album was released in 2011), but they have not charted since 1990. What Outfield tunes got off the bench and onto the playlist this week? Well, read and hear more after the break.

Flashback #1: "We're the victims of our own creation | Chasing rainbows that are painted black or white."
For our first Flashback, we'll start at the end of the Outfield's career. Well, the end of their 80s catalog at any rate. Their third studio album, Voices of Babylon, was released in 1989. The album charted at #53 on US charts, and it spawned two top 100 singles. Only one of them, the title track, went top 40. "Voices of Babylon" peaked at #25 on the Billboard Hot 100 and #2 on the Billboard Mainstream Rock Tracks chart. Meager success for a very under-appreciated tune.
Flashback #2: "I don't wanna have to change so much, I'm someone I don't know."
Continuing my tradition of (re)introducing you to little known 80s gems, I've selected a non-single for the second Flashback, which comes from the Outfield's second studio album. Bangin' was released in June 1987. It yielded only one top 40 hit ("Since You've Been Gone" but not the same song by either Rainbow or Kelly Clarkson) though other songs received some play on radio and MTV. However, as a complete album, it is a wonderful pop creation. All the hooks that launched the runaway success of their debut album are still in full use, and the way John Spinks' swirling guitar battles with singer Tony Lewis' voice for your complete attention is nothing short of a miracle supported -- but not created -- by recording studio wizardry.  Check out the album's fourth track on side A: "Moving Target."
Flashback #3: "I ain't got many friends left to talk to | Nowhere to run when I'm in trouble."
We'll close this week's Flashback post with a tune from The Outfield's hugely successful debut album, Play Deep (1985). Two of its songs made it into Billboard's Top 20 list. The debut single, "Say It Isn't So," reached #18 on the Mainstream Rock chart, but its followup peaked at #6 on the Billboard Hot 100 in 1986. Buoyed by these hits and two other cuts in the top 100, Play Deep went triple platinum. And because this album was so well crafted in terms of songwriting and recording, I think these songs have hardly aged. I would put them up against almost any other summer-time hit of today. Well, almost. you be the judge after sampling "Your Love." All I know is that this song is perfect for driving down the road in late September, the windows rolled down and my left hand resting on the car door and tapping along.
Remember, the rule of three applies when doing Flashbacks. As I've made my three offerings, that's all till next week. Dedicated 80s-philes can find more flashbacks in the Prophet or Madman archives or via Bookended's 80s Flashback tag. As always, your comments are welcome on today's, or any other, flashback post. And if you like what I'm doing here, please share the link with your friends. If, however, you don't like the flashback, feel free to share it with your enemies.
I'll see you in seven!
Posted by Brainwise at 9/18/2020 06:12:00 PM