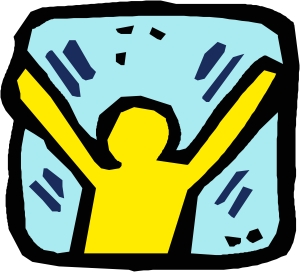 [Flashbackiversary!] -- I started posting the Friday 80s Flashback on September 3, 2010. That's seven years ago as of last week! From 9/3/2010 through 4/29/2016, I made these Flashback posts over at Prophet or Madman. On 6/24/2016, I moved the Flashbacks here to Bookended by Cats. This may be surprising to you, but my very first flashback had no commentary whatsoever. It didn't even have a theme! The weekly theme didn't become part and parcel of the flashback until the fourth entry, on September 24, 2010 (a two-fer: Angry Edition and Uplifting Edition). Sample lyrics first appeared in the November 5, 2010, flashback (Politics Schmolotics). And header images made their debut with the December 10, 2010, flashback (Winter Holidays: Week 2).

So, do you remember what songs I featured seven years ago this week? It might be fun to revisit them, so read and hear more after the jump!

Flashback #1: "Voices that whisper, dark deep despair | Burns me like fire, these things that I hear."

Dokken, named after lead singer Don Dokken, was formed at the end of the 70s but started releasing records, and charting hits, in 1983. "Just Don't Lie to Me" was released with their 1985 album, Under Lock and Key, and it probably represents the commercial high point of their career. Under Lock and Key was their 2nd highest charting album and it was certified platinum in the US (out of their 10 studio albums, only three went platinum). These guys really wanted to be a classic hard rock band, but their melodic vocals and slick production has forever relegated them to the strange land between hair metal and 80s rock. On a personal note, I would say that this song particularly represented my own attitude during my junior year of high school.

Flashback #2: "This is a world destruction, your life ain't nothing."

When I posted this song on 9/10/2010, I said it was a timely choice considering the upcoming 9-11 anniversary. When I reflect upon the state of the world this very week, I still find this particular song to be a prescient choice. On paper, the collaboration called Time Zone just shouldn't work. The lead singer of the Sex Pistols teaming with a founding member of a Bronx street gang? Ridiculous! A punk rock icon with a pioneer of hip-hop? Blasphemy! Ah, but in the studio, it was like capturing the proverbial lightning in a bottle! "World Destruction" (and its many remixes) conveyed the energy and angst of a generation coming out from under the clouds of the cold war, but still very aware of their conflict-ridden world. All these years later, it still strikes chord with me.

"Mr. Blue" is one of the best examples of Vincent Clarke's simple, airy arrangements being buoyed by the ever-expressive voice of Alison Moyet. Yaz (as they were known in the US due to legal issues preventing them from using their UK name of Yazoo), were the premier electro-pop duo that no one knew. Well, hardly anyone knew them outside of big metro or college radio markets. Was their modest commercial success the reason they released only two albums together? It took a mere seven years for their debut, Upstairs at Eric's (1982), to achieve platinum status (and that was six years after they broke up).

Even after seven years of blogging 80s music, the rule of three still applies. I've made my three offerings, so that's all till next week. Dedicated 80s-philes can find more flashbacks in the Prophet or Madman archives or via Bookended's 80s Flashback tag. As always, your comments are welcome on today's, or any other, flashback post. And if you like what I'm doing here, please share the link with your friends. If, however, you don't like the flashback, feel free to share it with your enemies.

And if you are on Twitter, and feel so inclined, please +K my influence in Music on @klout. (If that's still a thing. Is it still a thing?)