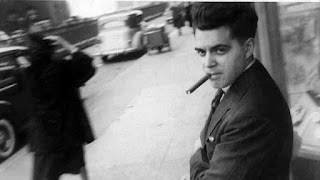 August 28, 2017, marks 100 years since Jacob Kurtzberg came into this world. Of course, we all know him better under the name he chose as he honed his profession: Jack Kirby. And he was one of the greatest storytellers ever to put pen to paper!

All this month – even starting last month during San Diego Comic Con – comic book veterans and fans have been paying loving tribute to the man known as the “King” of comics. I cannot hope to approach the quality of their tributes, particularly not in terms of addressing the breadth of Kirby’s influence. Nor can I shed new light regarding his biography. So, for details about Kirby’s place in history, as well as his own history, I will share a few links that more than satisfactorily address those topics (at the end of this post).

But I do feel the need to offer some words on this date, to participate in this grand celebration. So, I will simply share how I came to know the King’s work and what it means to me. Now, I was a child of the 70s, so my earliest comic memories date back to only about 1974. Therefore, I missed Kirby's work in comics' Golden Age, launching the Marvel universe, and creating the Fourth World. However, I was acquainted with some of his work through reprints and recycling. Here are the books that form my earliest memories of Jack Kirby, even though I did not know him by name until a decade or so after I had first read them.

My first entry might confuse a few folks. This book and record set was neither written nor drawn by Kirby. However, it does retell one of the earliest Kirby FF stories. Plus, the cover is a recreation of Fantastic Four Vol. 1 #1. And I listened to this thing over and over again between the ages of 6 and ... well, a few years down the road. My copy has long since vanished, but I recently reacquired one. For nostalgia sake, naturally.

I loved the big treasury style books that came out in the 70s. It didn't matter what time of year it was, I could re-read this one and the other Christmas collection, C-34. C-43 was the only one that had an old Simon and Kirby story in it. Of course, back in 1976 -- and for many years thereafter -- I did not know that this was a reprinted story, let alone that it was from 1943. But it cemented my love for the Golden Age Sandman.

OK, so Marvel apparently published many Pocket Books in the 70s and 80s. But when I was a kid, I knew of only two.  I don't know if it's because I got the Fantastic Four book well before the one with the Hulk, or if I just really synced with it. But I read that FF Pocket Book so many times, at one time I could quote from it. I still thrill to see Benjamin J. Grimm as Blackbeard, or to see Namor working first with Doom, and then switching sides to help the FF defeat him. 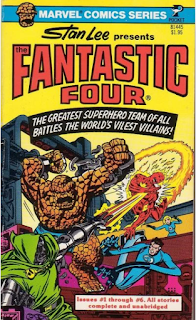 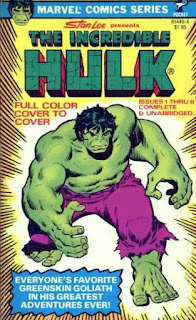 I had two issues of Marvel Super Action when I was a kid. And they were rare consecutive issues! As with the prior books listed in this post, I had no idea these were reprinting decade-old stories. And while the two issues I have here may not rank among the best Captain America stories, they certainly gave me a sense of Cap's heroism, determination, and raw power. 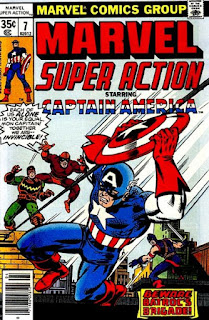 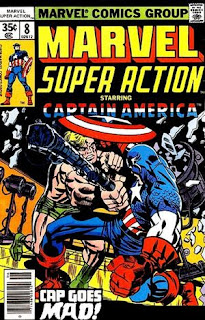 Based on earlier items in this post, you can probably tell that I have a thing for the Fantastic Four. And, trust me, I had picked up several new issues of the series when I was a kid. But Jack was long gone from the series by the late 70s. However, reprints of Jack and Stan's FF tales could be found in the Marvel's Greatest Comics series, and one of my favorites was issue #79: Our team encounters a Kree Sentry that intends to jeopardize NASA's first manned mission to the Moon! 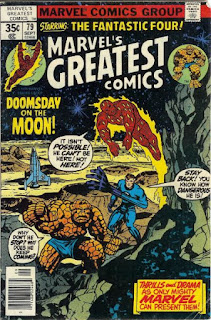 I have since come to collect more of Kirby's work. I now have complete runs of 2001: A Space Odyssey and The Eternals from Marvel Comics, and The Demon and Super Powers from DC. I'm also picking my way through acquiring issues of Fantastic Four, Devil Dinosaur, Thor/Journey Into Mystery, Challengers of the Unknown, Kamandi, and the Fourth World titles. It will be an ongoing effort. 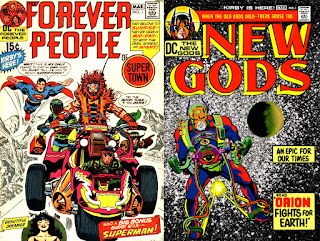 Jack Kirby passed away on February 6, 1994. Although he died before his (co-)creator credits became more publicly acknowledged, and long before his characters became box office gold, I'll bet he felt assured of his place in the pantheon of myth-makers. I just hope he also had a sense of how many lives he touched with his creativity. And how many of us continue to look up to him, and learn from him.

Kirby Links:
As promised, here is a small sampling of Kirby-related links.