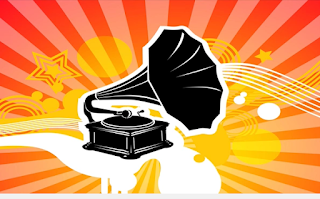 [Saccharin is Coming] -- As much as I love 80s music, I can admit that the decade was home to just as much schlock as any other. In fact, the 80s might have more than their fair share of sickeningly sweet -- or maudlin -- songs due to the rise of electronic tools that enabled the talentless to brush shoulders with the much more talented. Hell, it even brought some very talented bands down a notch, as we'll soon see. And this week in 1988 (12/3/1988), three songs of this ilk ruled the Billboard Hot 100. If there was a high school holding a winter dance at all 28 years ago this month, these songs were more than likely to be rotation, assuming it was a DJ'd event. Now, as much as I want you to revisit these songs with me, I feel I must warn you: Any of these tunes could be an ear worm. Your very sanity could be at risk. But, accepting the shadow of our collective past helps us learn and grow. So, if you're ready to recall these chart toppers, read and hear more after the jump.

Flashback #1: "When all faith is gone, I fight myself to carry on."

London-based Breathe was formed in 1984. Based on the strength of their demos, the band got a recording contract with Siren Records. In 1988, they released their debut album, All That Jazz. This record contained their two best known hits, "Hands to Heaven" and our second Flashback of the week, "How Can I Fall?" Breathe was kind of the Air Suppy of the 80s, folding some light jazz into a pop-soul blend. And it's all overseen by some atmospheric vocals. "How Can I Fall?" peaked at #3 on the Billboard Hot 100, but it did snag the #1 spot on that bane of music lovers, the Adult Contemporary Chart.

Remember in the intro, when I mentioned that 80s pop tech brought down a band or two? Yeah, Chicago was one of those victims. Case in point: "Look Away," the second single released from their 1988 album, Chicago 19, and the first Chicago song to not feature horns. Sure, the David Foster produced era had a score of chart toppers. And "Look Away" was sitting in the #2 spot on the Billboard Hot 100 at this time in 1988. But this period of the Chicago's history is such a dramatic turn from their jazz/rock roots it almost hurts (see this performance of "25 or 6 to 4" as reference for what had been). Still, they're one of the best-selling music groups of all time, and this song contributed to that success. And I'd be lying if I said I didn't own, and still listen to, several of their records from the 80s. So, I guess I contributed, in some some part, to the phenomena that I'm complaining about. I'm not certain, however, what this music video contributed to. But if I had to guess, I would say it borrows heavily from the plethora of 80s music video tropes.

Flashback #3: "Ooh baby I love your way every day."

Will to Power is considered one of greatest one hit wonders of the 80s. And this #1 tune is how they entered those lofty ranks. It's a strange combination of Peter Frampton's "Baby, I Love Your Way" (#12 Billboard Hot 100 hit from 1976) and Lynyrd Skynyrd's "Free Bird" (#19 on the Hot 100 chart in 1975). And it's all set to a synthesized dance beat. See folks, sometimes technology hurts us. Thankfully, this tune only spent one week in the top spot, but it is forever seared in the annals of pop music history.