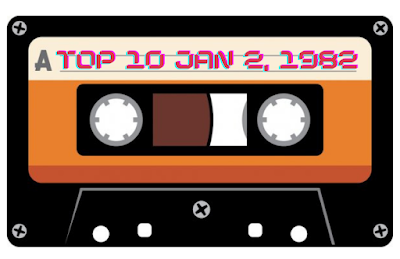 Flashback: New Year 1982 Playlist for New Year 2022!
If you want to see more of the Billboard Hot 100 from 40 years ago this week, here is the full list.
Otherwise, that's all till next week. Dedicated 80s-philes can find more flashbacks in the Prophet or Madman archives or via Bookended's 80s Flashback tag. As always, your comments are welcome on today's, or any other, flashback post. And if you like what I'm doing here, please share the link with your friends. If, however, you don't like the flashback, feel free to share it with your enemies.
I'll see you in seven!
Posted by Brainwise at 12/31/2021 12:18:00 PM