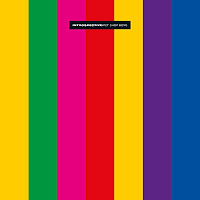 [Introspective] -- 30 years ago this week, the synth-pop duo Pet Shop Boys released their third studio album, Introspective (1988). It's an unusual record for a pop outfit because all six tracks are over six minutes in length. Not exactly prime radio material, at least not in the hits-hungry commercial radio of the late 80s. Still, the record was pretty successful: Two of the album's four singles charted in just about every country they were released, and a few countries embraced all four singles (the U.S. was not among those countries). And the lead-off single, a cover of "Always On My Mind," peaked at #1 on a few charts and even hit Gold status. Rather than do my usual curation of songs from the album,  I thought I'd leave you with the whole album. I find it to be a much more satisfying, albeit time-consuming, experience.