So, a recent social media thing has people sharing images of records, books, even movies that have impacted them. Usually, this is done in a string of daily posts, maybe 10 or so. Sometimes context is provided, or an anecdote shared, with the image. At least, that has been the Facebook variation on the theme.

I had to be different, of course. Instead of following the established convention, I instead made a single post with nine books. The only context I gave was that all the books were fiction. And I chose nine because a 3x3 arrangement was convenient. 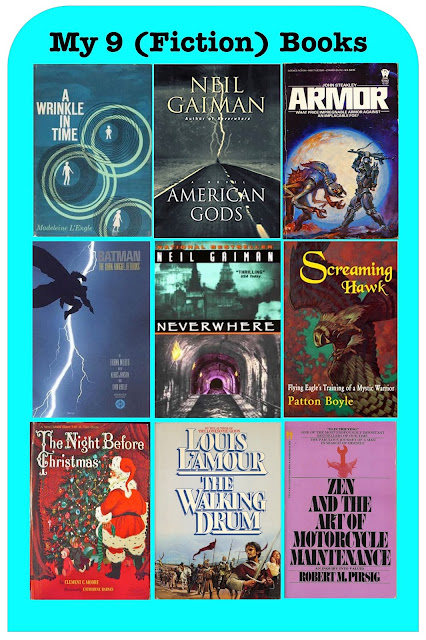