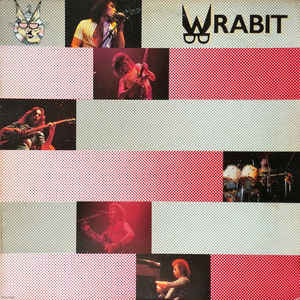 [Wrascally Wrabit] -- In the 80s, long before the days of the interwebz and streaming music on demand, there were only a few ways to discover new (or nearly new) music. First, of course, you had your friends. Then you had radio shows. Next, there were record stores, if you were lucky enough to have a local shop. After that, you had to rely on magazine and newsletters, which were printed on real paper. Kind of limiting, right? Well, there was one more option for the adventurous seeker. And by "adventurous," I mean, "doesn't mind possibly wasting some money." That option, my friends, was the cut-out bin. To find out more about this practice, and to check out some Wrabit tracks, you can read and hear more after the jump.

The concept of the cut-out goes back to the 1960s and it started with vinyl, both LP records and 45s, but it was also applied to cassette tapes and, later, compact discs. That means the cut-out was not unique to the 80s, but it was probably the last decade that featured such selections prominently. In regard to vinyl, a store employee would cut a notch into, or cut an entire corner off of, the LP record jacket. This was to indicate that the record could not be returned to the retailer for a refund. Cassettes and CDs would receive a similar treatment; their spines would be cut, or a facing corner would be drilled. In all cases, only the cover or case was damaged. The music medium was untouched. The cut-out would often feature a special sale sticker as well, as these items were then dramatically discounted to move them out of stock. 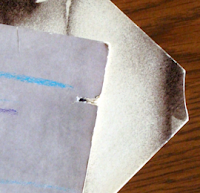 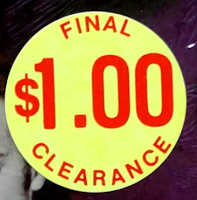 You probably see what I'm getting at now, right? Items in the cut-out bin were often considered commercial failures. They likely featured songs that had little, if any, airplay. And there was even less information about the artist and their songs. But you could purchase a handful of cut-out records for the same amount of money as one popular record or tape. The only risk: You could end up walking home with a pile of garbage. And, if you were truly hit music oriented, you probably would have found precious little to enjoy in such a haul. If you were a bit of weirdo, like me, however, you often found treasure like today's Flashback artist: Wrabit.

I could give you all the background info on this Canadian band that I never had back in the 80s. Or, I could simply direct you to their page on CanadianBands.com. Having done that, I can now tell you that I'm revisiting their 1981 debut album. Somehow, I was able to acquire the Canadian only release in the cut-out bin of my local G.C. Murphy's. It was repacked for the U.S. in 1982 as Wrough And Wready. Fun fact: Bugs Bunny artist Chuck Jones designed the band's logo. Anyway, let's move on to the music.

The lead track off of Wrabit's eponymous debut album, and the band's first single. I was hooked right from the intro.

Flashback #2: "Who can tell you what to do? | When you know just where you're heading for?"

The second song on side B, "Tell Me What To Do" cemented Wrabit's place in my heart. I could not believe this song had not been a huge hit! All the pieces are here: simple keyboard hook, crunchy guitars, and high tenor vocal all mashed together in a song that's one part pseudo soul and one part pop glam rock. This one will get your 80s heart beating, my friend.

Flashback #3: "Don't say goodnite to rock and roll | You can't leave you're having too much fun."

"Don't Say Goodnite to Rock and Roll" closes out Wrabit's debut album. I include it here because, lyrically, it follows the 80s party band tropes of rocking out and having fun. Also, if you listen closely, I think you'll agree that there's a bit of an early Boston (the band, not the city) vibe happening.