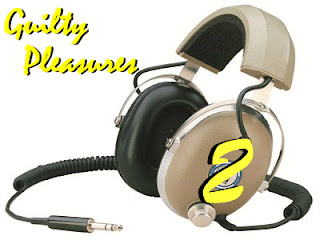 [Guilty Pleasures 2 (or is it 3?)] -- Well, it's my birthday weekend. Somehow, this past week, the topic of guilty pleasures in regards to music came up. You know, songs you like even though you feel a little embarrassed about it. I first posted a few such Guilty Pleasures in 2013. I did another set in 2014, but not under the banner of "Guilty Pleasures" (that was All Right, Already, Enough with the Flamingos!) Generally speaking, if I like a song from the 80s, I'm not embarrassed about it. But that doesn't mean other folks share my opinion. So, I've decided to share a few more of my unpopular opinions. If you're curious to know three more songs that rank on my list of guilty pleasures, you can read and hear more after the break.

Kansas is best known for songs with epic content and sweeping violin. Songs like "Carry On Wayward Son," "Dust in the Wind," and "Hold On." But a new lead singer and a shift in direction in 1983 yielded the band's ninth studio LP, Drastic Measures. It was the band's lowest-charting record since their 1974 debut. And Kansas officially disbanded after the conclusion of the 1983 tour. But, I still love this record (I might even still have a cassette copy of it lurking somewhere in this house). And I still love to sing along with "Everybody's My Friend," their meditation on fame and fortune.

Sure, our second Flashback was super popular in the wake of its January 1990 release, spending 15 weeks in the Top 40 and even reaching the #1 spot. But surely some music lovers feel a little buyer's remorse about Taylor Dayne these days, yes? Well, not this music lover. I will always and forever champion the vocal prowess of the woman who recorded the dance pop hits "Tell It To My Heart" and "Don't Rush Me." And when someone dismisses her talent, I point them to "Love Will Lead You Back."

Dexy's Midnight Runner. "Come On Eileen." I will say two things about this song: (1) This is track was the subject of a somewhat heated thread on Facebook, and (2) Sorry, not sorry. :)