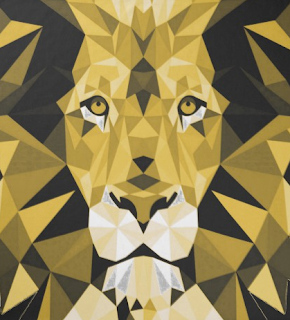 [A-weema-weh] -- This evening, Montgomery Theater Too's production of DISNEY'S THE LION KING, JR. opens for a two-weekend run. Although Disney's animated film, The Lion King, was originally released in 1994, I think I can find a few 80s songs to share in honor of the local stage production. And I won't even have to tap the work of 70s and 80s icon, Elton John, who co-wrote songs for The Lion King's soundtrack. Still, each song in this week's playlist will have at best a rather tenuous connection to the subject matter. That should be fun, right?

Flashback #1: "Hey fool watch out | You'll get mauled by the lion's mouth."

"The Lion's Mouth" was the second single released off Kajagoogoo's second studio album, Islands (1984). You remember Kajagoogoo, right? They got their 15 seconds or so of fame with the song "Too Shy." I'm willing to bet you haven't heard "The Lion's Mouth" or anything else from Islands. They failed to chart in the US.

Flashback #1 took care of the Lion part of The Lion King. So, now, Go West will handle the King part with "The King of Wishful Thinking" as our second Flashback. It was recorded in 1989 and released in 1990 on the Pretty Woman soundtrack album. It is also available on Go West's fourth studio album, Indian Summer (1992).

Where is the Lion King's kingdom? Why, the jungle, of course. So, for our third and final Flashback of the day, we turn to Baltimora's debut single "Tarzan Boy" (which includes "Jungle Life" in its lyrics). You're welcome for this earworm!