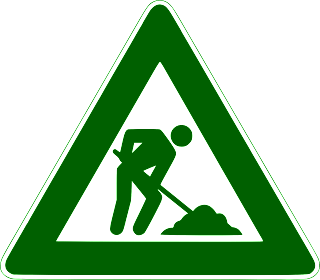 [Workin'] -- I've been thinking about working and employment this week. Both in terms of having work to do and being unemployed (or even underemployed). It's all we can do to stay one step ahead of the mortgage, or healthcare bills, right? I don't recall if healthcare costs were problematic in the 80s, but finding and keeping decent jobs was definitely high on the social anxiety meter. The more things change, the more they stay the same, eh? So, with this in mind, I opted to feature songs about work and working in this week's Flashback. There are no party anthems like Loverboy's "Working the the Weekend." But this week's playlist isn't strictly somber, either. So, which workhorse tracks made the cut this week? Read and hear more after the jump!

Flashback #1: "The time to rise has been engaged. You're better best to rearrange."

Ah, "Finest Worksong." R.E.M. released this gem on the brilliant Document (1987), which came out during my sophomore year of college. A watershed album in many ways, Document heralded a keener edged, albeit newly polished, sound as well as the band's most politically open lyrics to date. It also marked the band's jump from cult status to mega-popularity. And R.E.M. knew they had an audience. They flexed their pop-culture appeal in service of causes close to their hearts, such as the environment. I recall when R.E.M. came to Penn State with the Document tour, "Think Global, Act Local" was the mantra they championed. Although it was the third and final single off of Document, "Finest Worksong" was the album's lead track. Is "Finest Worksong" actually about working, or even work? I suppose that is a matter of opinion. But it was definitely an opening salvo, a declaration of intent. And perhaps we need this kind of anthemic reveille today. Perhaps we need this call to rise up and throw off the shackles of our corporatist overlords, eh?

Flashback #2: "Hundred dollar car note, two hundred rent. | I get a check on Friday, but it's all ready spent."

Huey Lewis and the News offered a nearly perfect song about work on their second album, Picture This (1982). "Workin' for a Livin'" neatly draws a parallel between the struggles of a working band and the average working stiff. It was the third single from Picture This (1982) and it hit #41 on the U.S. Billboard Hot 100 and #20 on U.S. Billboard Top Tracks.  It's hard not to see why it was so popular. Who couldn't relate to lyrics about not getting a sorely needed and expected raise? Who doesn't identify with the 9 to 5 mantra of "takin' what they're givin'" from the powers that be? (OK, millionaires and the raptured can't relate, but they're both isolated cases).

You might prefer the official music video of "Workin' for a Livin'," but I found this kicking live performance from 1982 that features Huey and his bandmates playing with the Tower of Power Horns.

Flashback #3: "I can take humiliation | And hurtful comments from the boss | I'm just praying by the weekend | I can earn enough for us."

"Earn Enough For Us" was the lead off track on side B of XTC's ninth studio album, Skylarking (1986). It was never released as a single, but it remains one of my favorites from this day-in-the-life (or season-in-the-life?) of a regular bloke. Skylarking didn't chart very well, but it later earned a place on lists of the 100 greatest albums of the 80s (by Rolling Stone in 1989 and Pitchfork in 2002). I don't suppose I have to say much about the song itself as the lyrics are pretty clear and direct. Besides, so many folks are still hoping and trying to earn enough to keep their families afloat.