So for this year's San Diego Comic Con, we originally had decided we were not going to cosplay. As SDCC drew closer I realized that I really wanted to do something. So I recalled a scene or two with Black Widow where she had clothing just like I had in my closet. So I decided to research Black Widow in the movies and see what I could find. The pictures below show you what I found. Please note I did not buy anything at all to make these outfits. Well except the arrow necklace that I decided I wanted to purchase as special piece for the outfits - I actually had an arrow pin that I could have mocked up but I decided to splurge a little. Everything else is my own and from my closet. 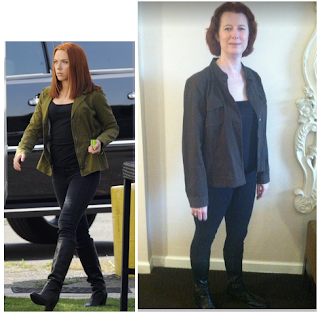 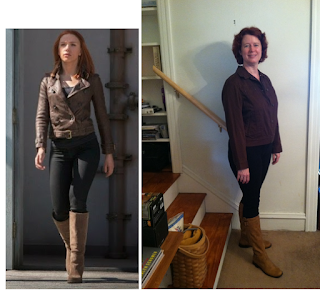 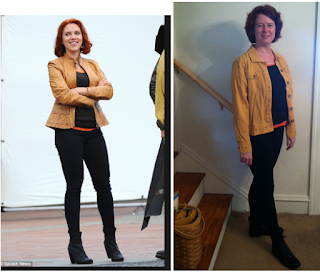 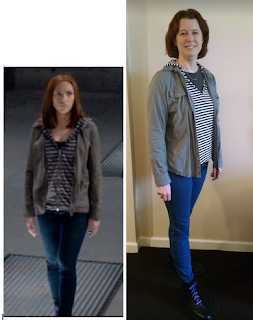