We've been subscribed to Loot Crate for roughly a year now. And the latest one arrived this week, so why not blog about unboxing it? If you're interested in what we received and how we rated it, read on after the break.


First, open the box and drink in the newness of all the swag ...

Is anyone excited? Looks like Otis can't be bothered at the moment:

First off, we take a look at the shirt. Loot Crate is well known for the cool, geeky shirts they find. This month, it's an exclusive Green Ranger t-shirt from Flophouse. It's a very nice design, but neither Dangrdafne nor I are really into Power Rangers, so this item nets a "meh" from us. 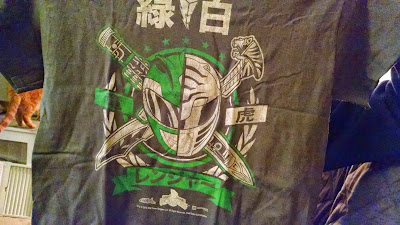 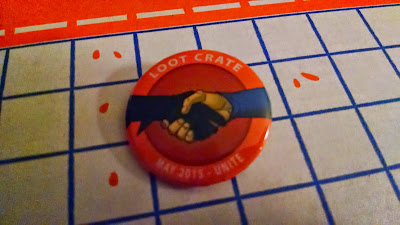 Next item is a collector's set of pins from Team Fortress 2. We're not really into computer gaming. However, these designs are pretty cool. The unicorn and wrench images are particularly entertaining. 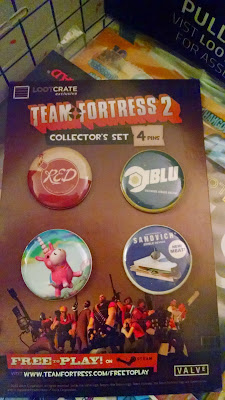 At this point, Dangrdafne reached into the box and pulled out a pretty darn cool item. Or, at least, it will be cool -- chill even -- once we put it to use: Marvel Super Heroes Ice Tray! Cap, Hulk, and Shell-Head will soon be keeping our summer drinks nice and cold. I can't wait to leave a bunch of Avengers-cubes for my Mother-in-Law's use when we go to SDCC in July! 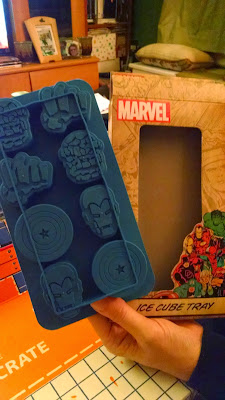 What I thought was a Minecraft-inspired item (based on the hexagonalish image on top of the box) is actually a Rick and Morty puzzle. I thought Rick and Morty was a comic book, but Dangrdafne did a quick look and found that it's an animated show on Adult Swim. Therefore, this puzzle aligns with neither of our interests. Maybe we'll let Dangr-Momma assemble it. She likes puzzles. 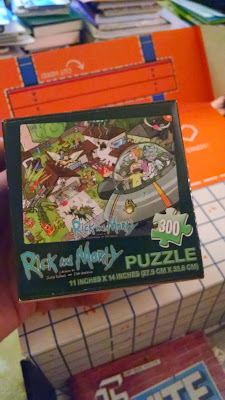 Marvel. Superhero. Shoelaces. What a score! The only problem is that there is only one pair, and two of us. However, Dangrdafne suggested I use them with my Batman chucks. That sounds brilliant! 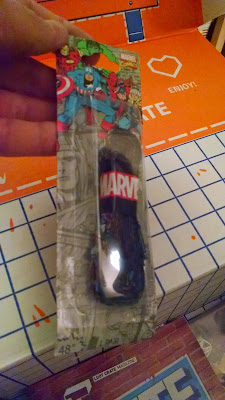 Avengers: Age of Ultron car decal. Very dynamic design with all the heroes except Scarlet Witch and Quicksilver. Unfortunately, we have been bad geeks and have not yet seen the movie. (Don't worry, we'll work on it). Still, this looks to be a good score. 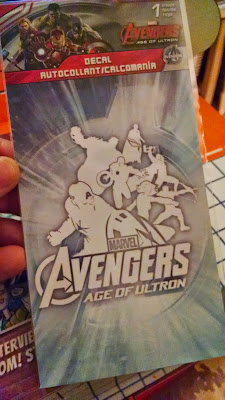 Mad Magazine is always a good get, particularly when it's an exclusive edition. And this cover is a great sendup of the Aquaman image from the Batman V Superman teaser poster. 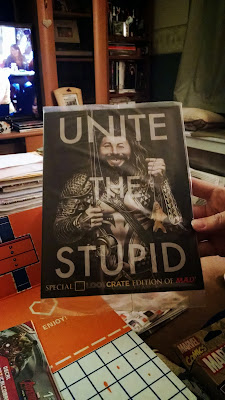 Almost done. Are we getting excited now? Milo? Anyone?

Fine, we'll continue without either of you cats and we'll try not to interrupt your napping. Next up, an exclusive Loot Crate cover of Bravest Warriors Tales from Holo John #1. Although I'm not necessarily a fan of Bravest Warriors, and Dangrdafne doesn't know what it is, I'll still rate this a score as it is an exclusive comic cover. Besides, look how cute it is! 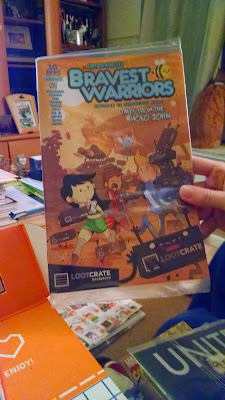 And what Loot Crate box would be complete without a latest copy of Loot Crate Magazine? I dare say it would be incomplete without it! Issue #22 has some great stuff in it, like a top five list of the greatest comic teams of all time. (Marvel's Fantastic Four and DC's Justice League made the cut, so we're happy). And the interview with BOOM! Studios is a good read, too. They're an independent comic company to watch; they're publishing so many great titles! 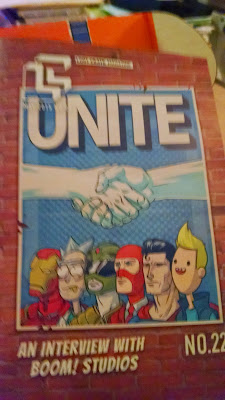 And that's it for this month's Loot Crate. Guess it's time for the ratings. In case you didn't know, we've decided to go with a five point -- er, paw -- system. One is the lowest, or worst, rating. And five being the best.

See you next month!