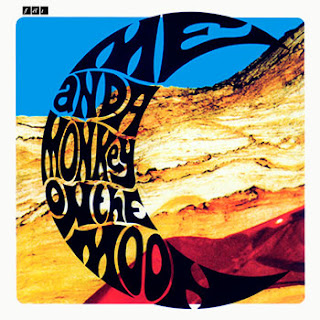 [Farewell to the Felt] -- Felt started in 1979. According to AllMusic.com, Lawrence Hayward (Felt's founder) had a plan to run the band for 10 years and then break it up. Those ten years were up with this 10th and final album, Me and a Monkey on the Moon, released 30 years ago this week. Felt rode the alternative/indie rock scene, usually a bit under the radar. But they were equal to, if not superior, many of the jangly rockers who got more traction in the college radio scene. At least they went out on a hight note. Me and a Monkey on the Moon is widely regarded as the band's finest record. For this week's Flashback post, I'm sharing my favorite track from the record, "Cartoon Sky." If you dig it, you can also check out the rest of the album. Felt didn't release any music videos for this record, so you'll just see the record cover for all ten tracks. And that's not a bad thing at all; just close your eyes and groove.

Flashback: "You were light in a tunnel | You were my plane up to the sky | You were round like a bubble | You were strung slightly too high."

That's all till next week (or whenever I have time for the next post). Dedicated 80s-philes can find more flashbacks in the Prophet or Madman archives or via Bookended's 80s Flashback tag. As always, your comments are welcome on today's, or any other, flashback post. And if you like what I'm doing here, please share the link with your friends. If, however, you don't like the flashback, feel free to share it with your enemies.